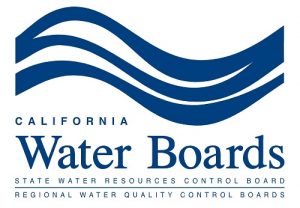 The Water Board’s report was required by AB 401 (Dodd), enacted in 2016.  There is uncertainty on whether a bill will be introduced this year in the legislature to implement the recommendations.

If accepted, the LIRA program would provide eligible people with three levels of payment support:

1) A tiered subsidy discounting from 20% to 50% of a family’s water bill depending on water rates for the first 6ccf of water service;

2) An income tax credit program for renters who don’t directly pay their water bills; and

3) Payment assistance to poor persons whose service is about to be cut-off for payment delinquency.

The $600 million in required funding to support the program would be raised through a combination of potential sources that include a bottled water and/or soda tax; personal income taxes that would require a 2/3 vote of the legislature to enact; and a water user’s surcharge.

CalMutuals Executive Director Adan Ortega and Board Member David Michalko of Valencia Water Company in Covina, California, were members of a two-year stakeholder group that provided input as the board considered developing the LIRA program. Questions remain about who would administer the program and how residents will enroll. Michalko and Ortega stressed the difficulty that small water systems would face in verifying eligibility, protecting consumer privacy and distributing benefits. 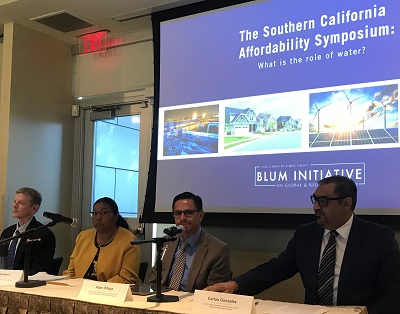 The symposium encompassed the myriad of issues that contribute to affordable living in the region and included discussion of a recent study by UCR researchers examining how water and sewer costs compare to income levels in the Eastern Municipal Water District service area. Researchers analyzed water bills from more than 138,000 accounts from 2011 to 2018 as well as five different measures for estimating household income. Using that data, they calculated the amount of households’ incomes that are spent on water and sewage, known as the Water Expenditure Ratio (WER). Among their findings: lower income households struggle to pay their essential utilities, and as incomes rise, water expenditures become less of a concern.

While policymakers and decision-makers focus on metrics such as WER to develop policies and programs, Ortega cautioned that water affordability requires an examination and consideration of larger driving forces. There are building blocks to affordability, Ortega said, such as aging infrastructure in older communities, cultural issues, and simply referring to a Water Expenditure Ratio or similar income expenditure ratio formula alone will not give us an accurate portrayal of the issues at hand.

So while discussion of affordability metrics and calculations is crucial for policy making, a broader range of issues should be discussed. The addition of public education, engagement, and trust to actually solve affordability issues for everyone need to be discussed in order to really get to the root of the issue.