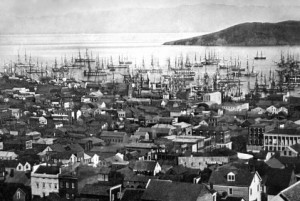 Mutual water companies are the bedrock of California’s water system.  The delivery of water services to places like present-day Los Angeles began in the 1800’s with a mutual water company whose shareholders constructed irrigation channels, and installed pumps as well as the basic plumbing that distributes the water to its shareholder owned properties.

Over time as some places became urbanized in the mid-1900’s, mutuals gave way to city-owned water departments and investor-owned utilities that are regulated by the California Public Utilities Commission (CPUC).

Today California’s mutual water companies provide water service in rural areas that have no alternative supplies, and in urban pockets where property owners continue to hold mutual water company shares and liability for the integrity of the water system.

Some Mutual Water Companies are owned by several cities who share responsibility for maintaining the water system that delivers water, while others serve entire neighborhoods and have invested so that they also have access to imported water operated by regional public water suppliers.