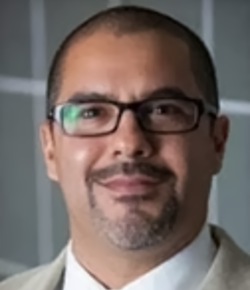 Under Joe’s leadership, the Company’s revenues have grown from $1M to $8M. He has introduced upgrades to the Company’s meter reading technology, mapped the system, guided regular investments in infrastructure upgrades and secured $4.2M in grant funding from the California Department of Water Resources and Congressman Ami Bera to rehabilitate and address perchlorate contamination of one of Orange Vale’s wells.

Joe has been an active member of CalMutuals since 2016. His election, if successful, will add a Board member from a region of the state that is not currently represented and assists CalMutuals in outreach and engagement in Northern California.

In his free time, Joe supports his community as a coach for the Fair Oaks-Orange Vale Little League and enjoys serving as the biggest fan to his own little leaguers.