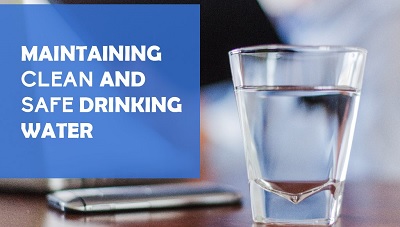 The new advisory group formed to help identify needs and designate spending priorities for the recently created Safe and Affordable Drinking Water Fund met for the first time on January 13 in Rancho Cordova.  CalMutuals has been monitoring the activity of the Safe and Affordable Drinking Water Fund Advisory Group as it works to allocate $130M from the Greenhouse Reduction Fund to help struggling water systems provide an adequate and affordable supply of safe drinking water.

Fifty people applied for the 19 positions on the Safe and Affordable Funding for Equity and Resilience (SAFER) Drinking Water Advisory Group. You can view the list of members by clicking here. Advisory Group meeting information and associated materials are housed online at https://www.waterboards.ca.gov/safer/advisory_group.html.

During the first meeting, staff from the State Water Resources Control Board (SWRCB) walked the advisory group through the Draft Fund Expenditure Policy. Written comments are due by February 3, 2020. Written comments with specific recommendations, ideas, and solutions to problem areas are the most helpful. Comments can be emailed to comments@waterboards.ca.gov.

The SWRCB is currently in the planning phase as the board assesses water systems around the state and rates them depending on their risk of failing to provide safe drinking water.  In generating a risk score, the SWRCB will use data collected through the Division of Drinking Water (DDW), gathered well data, and information gathered by consultants.  Laurel Firestone of the California Water Board explained that the ratings will account for the technical, managerial, and financial capacities of the systems to assess risk and generate plans for assistance.  When the criteria indicate that a system’s ability is lacking, the State Water Board may order the assignment of an administrator to help manage the system as permitted by AB 1577, or as permitted by SB 88 they may opt for consolidation of the system with neighboring systems.  While consolidation of small systems was discussed as a wide-reaching solution, some Advisory Committee members such as Castulo Estrada did not believe that consolidations such as these would occur voluntarily in all instances and were concerned about the changes that would be imposed on the systems in their districts. With this concern in mind, the State Water Board staff agreed to consider how incentives can be expedited through a smooth process.

Another focal point of concern was the continuation of agencies’ projects that were already in-progress and partially funded by another entity or may not have fully aligned with the priorities of the advisory group.  Laurel Firestone and other staff members repeatedly assured the group that new projects would not necessarily be prioritized and in-progress projects and community suggestions will be considered before any action is taken.  Several members including Sergio Carranza, Isabel Solorio of the Lanare community, and Horacio Amezquita of The San Jerardo Cooperative expressed concern about the need for improved emergency responses in areas that are currently having serious issues. The Advisory Group requested that structures be put in place outlining emergency response procedures in areas of crisis, such as communities that are in danger of drinking unsafe water.

In fact, the issue of structure was a common theme throughout the meeting. Camille Pannu among other committee members voiced issues concerning the structure, or lack thereof, of plans that would guide spending. There were multiple committee comments that the plan seems to lack clear goals, and needs to include deliverables that align with the statutory regulations.  Committee members were pleased, however, to hear that the legislature’s ten year appropriation of funds will allow the Advisory Group to look towards long-term solutions that are a pathway to independent sustainability in the long run.

CalMutuals will stay engaged in the issue, attending public meetings of the group when possible. The State Water Resources Control Board has committed to holding meetings throughout the state to provide opportunities for public input.