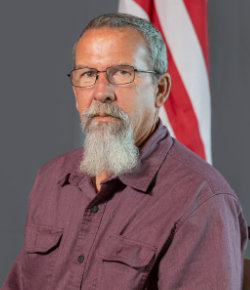 Steve Lenton is general manager of Bellflower-Somerset Mutual Water Company located in the City of Bellflower.

A water job opportunity in Tyler, Texas, launched a 40-year career in the water workforce for Lenton. After a seven-year stint in Texas, he returned to his Southern California roots and built a career serving water users in the Bellflower area, beginning with more than two decades at Peerless Water Company. A former pump operator and superintendent, Steve was appointed general manager of the Bellflower-Somerset Mutual Water Company in 2018 after a year serving as interim general manager.

He has served as a member of the CalMutuals board since 2016 and stays active with its efforts because he wants to draw on his experience operating small systems with small budgets to help other small water companies get and stay in compliance with state regulations and succeed.

When he’s not working, he enjoys rooting for his grandson and granddaughter at their football games and exploring the desert.